Superstition is the mind-created causal relation between 2 seemingly mutually exclusive events. The premises of such creation is due to the most fundamental human emotion, FEAR. Its a way to assign the lose of control & hence the consequences, on…

Understanding is Sagacious Emotion is Mendacious Love is Gracious Control is Lubricious Alas the fact is….Life is Precious

Evolution is like a number system We start with decimal base & can traverse over octa, hexa & binary (Fundamental state) base But upon dwelling along binary base its difficult to comprehend higher level base 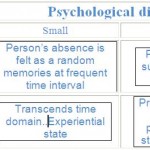 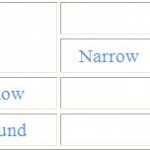 Relationship between 2 individuals can be identified with reference to the domain of signs (verbal, non verbal, perceptive etc)